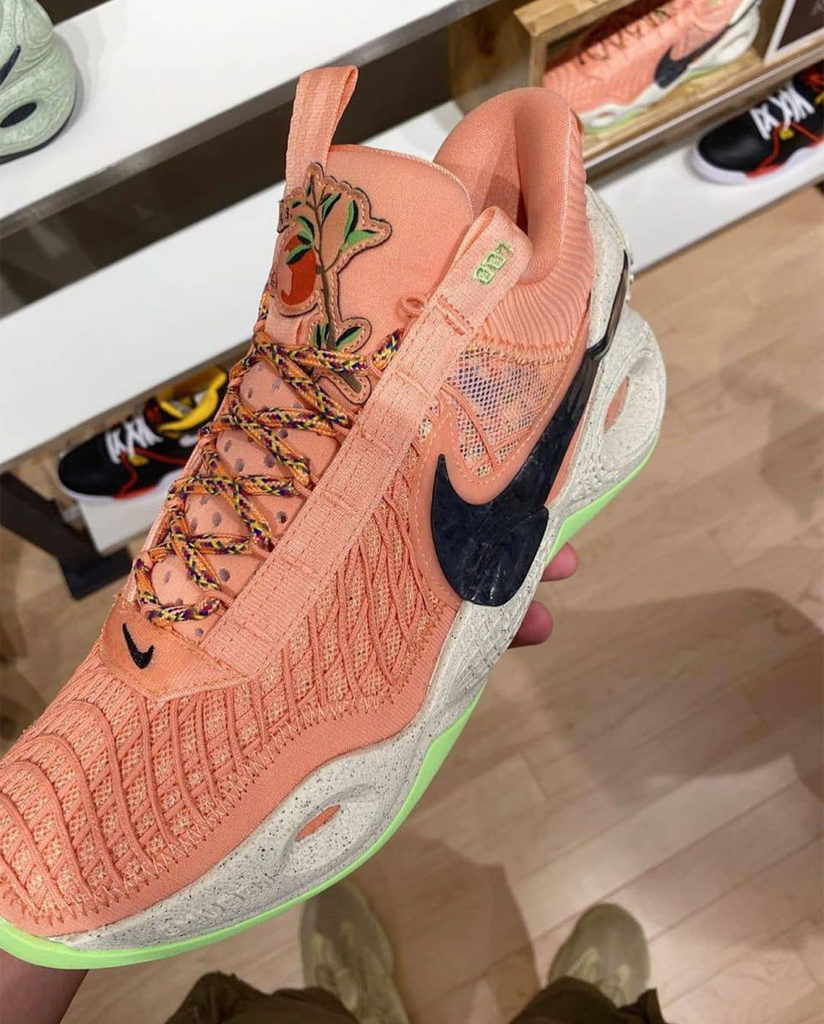 In the past five months, Nike Sportswear has introduced more than a dozen pairs, including the Nike Air Force 1 and Blazer Mid, which are inspired by various plant-derived dyes. Not directly part of this collection, there is a new Nike Cosmic Unity colorway with a nod to apricots.

Much bolder than the pair that debuted with Anthony Davies, the upcoming model features salmon pink tones across much of the textile upper. The stain on the side adds a marbled effect to the composition and also introduces a darker hue to the palette. The midsole deviates from the fruity, jewel-like hue, showing a white makeup accompanied by a striking Lime Glow sole. However, all these details are probably overshadowed by a spot on the tongue that represents a partially bitten apricot.

No official release date has yet been announced for the Nike SNKRS, but the brightly colored spaceship is expected to hit the market before the start of summer.

For more information on NIKE, Inc. see Air Jordan 4 Tech Grey released on 29. May will be on the market.